Tanzania’s ambassador to China has touted the African nation as a place Chinese manufacturers can be based as a way to dodge any tariffs imposed because of the trade war with the United States.

Mbelwa Kairuki made his remarks during his first formal visit to Hong Kong on Thursday, and said there are “unique advantages” to dealing with China via the city.

Highlighting the decades-long relationship between China and Tanzania, which has been strengthened by the Belt and Road Initiative, the ambassador said his country was keen to take advantage of Hong Kong’s position as an international financial centre, something he said had been overlooked in the past. 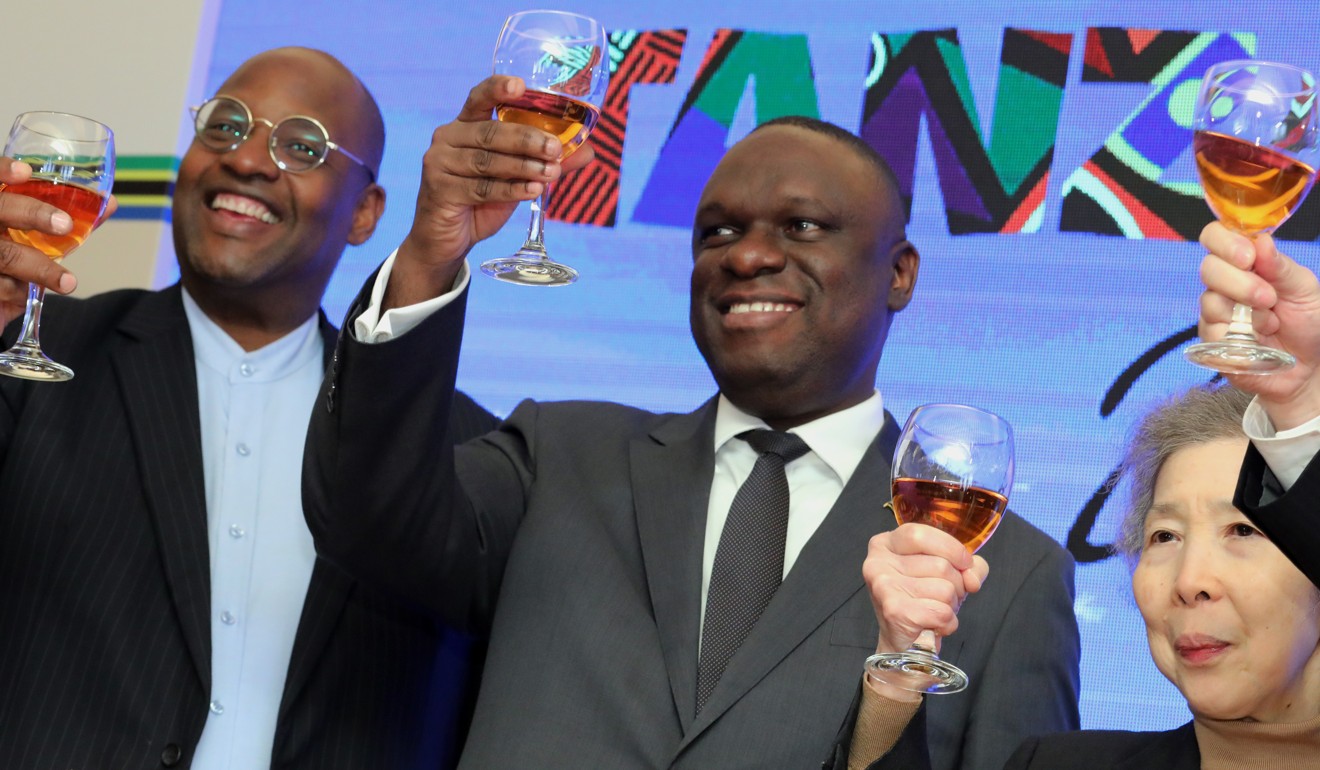 And, according to Kairuki, the conviction of Patrick Ho, the former Hong Kong minister found guilty of money laundering and bribery in connection with his dealings with African countries on behalf of Chinese oil giant CEFC China Energy, would not affect any future investment opportunities that may arise.

“We have enjoyed a relationship with China for 54 years, but really we have been overlooking Hong Kong,” he said at a gathering hosted by Dr Annie Wu, the new Honorary Consul of the United Republic of Tanzania in Hong Kong and Macau.

China replaced Britain as the leading foreign investor in the African country three years ago, a result of belt and road, while Tanzania was an early African partner in China’s strategy for transcontinental infrastructure development and investment.

The nation is now hoping to diversify funding from China by raising money on the Hong Kong stock exchange, and government-owned industrial mining projects are among those that could stand to benefit from capital raised from investment vehicles listed in the city, the ambassador said.

Officials acknowledged the potential negative effect of the trade war on the global economy, but said they did not believe it would affect future investment or fundraising in Hong Kong.

Instead, they looked at the possible opportunities for Tanzania if the new round of talks between China and the US fails to remove tariffs levied on a variety on products.

“It’s very sad that right now the country that is taking advantage of the tariffs on soybeans [imported to China from the US] is Argentina,” Kairuki said, noting that Tanzania was closer and had “plenty of land, plenty of water, and plenty of human resources” to produce the crop for Chinese demand.

The ambassador also said Chinese manufacturers, including those headquartered in Hong Kong, could look to relocate production to Tanzania to dodge tariffs levied on Chinese goods, taking advantage of the trade agreement between the African nation and America.

Geoffrey Mwambe, executive director of the Tanzania Investment Centre, who accompanied the ambassador on his visit, said his country’s ports could become a gateway to landlocked African countries that are now collaborating more closely with China through belt and road.

And he emphasised how keen his nation was to “take advantage” of Hong Kong’s position as an international financial hub when it came time to raise capital for state-run projects.

“There’s no way that we can hesitate to attract investment from China and Hong Kong, as a special administrative region,” he said.

According to Wu, finding funding for those projects would be conducted with the utmost attention to business ethics. And the honorary consul agreed that the Ho case would increase scrutiny on transactions between China and African countries.

“We want to make sure that [projects] are sustainable, not just empty shells,” Wu said.

That would mean sufficient due diligence and evaluation of projects and business, as well as rigorous checks, Wu said.

Before her appointment to position as honorary consul, Wu began laying the ground work for a venture capital fund to connect Chinese investment with Tanzanian projects.

She worked with Joseph Kahama, secretary general of the Tanzania-China Friendship Promotion Association, who serves as Wu’s business analyst and chief inspector in Tanzania.

“Gone are the days when you get contracts because you know someone, that causes conflict of interest,” Kahama said.

“We want to do things transparently, the person who is more competitive experience-wise, and cost-wise, gets the job, and is open to questions, and has accountability.”

Deaths inside: every Indigenous death in custody since 2008 tracked – interactive |…

Transparency around government decision-making is another casualty of Covid-19 |…