More than a decade after tainted infant milk powder in China killed six children and exposed institutional neglect of food safety, Chinese parents still do not trust local companies to feed their babies.

That could mean another gold mine for foreign producers as the battle for infant milk shifts to the hundreds of smaller cities beyond the metropolises of Shanghai and Beijing.

The deadly milk scandal of 2008 was a watershed moment for China’s consumers. Some 300,000 children were poisoned after Chinese suppliers added melamine, a chemical used to make plastic, to powdered milk to artificially boost protein levels. Tuesday marks the 10th anniversary of the sentencing to death in China of those at the centre of the contamination and its concealment.

The scandal fuelled a new era of consumer suspicion and China’s US$27 billion infant-formula industry was reshaped to the near-exclusion of home-grown companies among the market leaders.

While Chinese government regulations on milk powder production are in line with international standards, consumers like Chen Jijie, a Beijing-based mother of two, will neither forgive nor forget.

“I won’t even consider giving domestic brands a chance, even 10 years later,” said Chen, who has a two-year-old child and a newborn baby. “The incident brought my confidence in Chinese baby milk formula brands to the lowest level.” 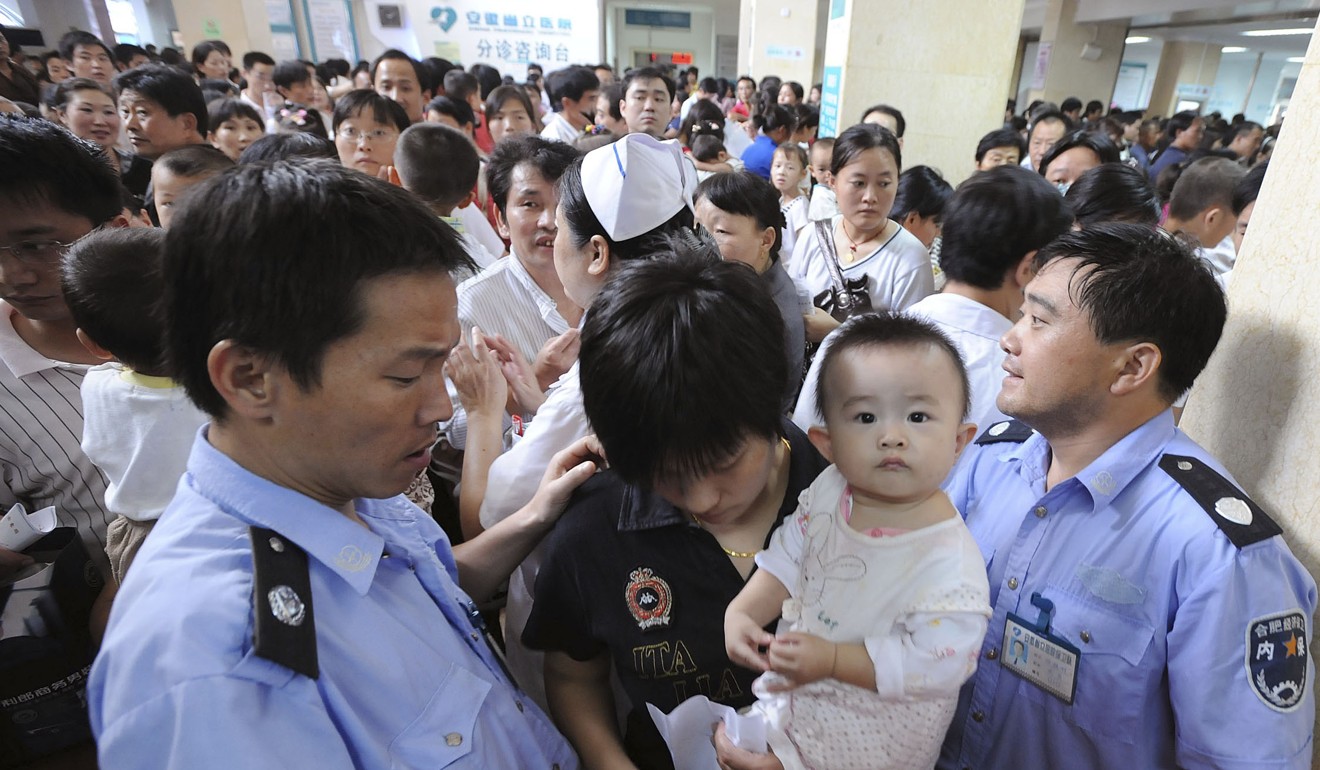 Nestle SA’s share of China’s milk-formula market has quadrupled since the scandal to make it the clear leader, while annual revenue at Australia and New Zealand upstart A2 Milk has soared to close to NZ$1 billion (US$673 million) from only NZ$1.5 million before the crisis.

Foreign milk labels are still viewed by consumers as safer, higher-quality and a mark of affluence, but domestic suppliers are fighting back with savvy branding and lower prices. The prize is clear: with only a quarter of Chinese mums breast-feeding, China’s infant-formula market will expand 21 per cent to about US$32 billion in 2023, according to Euromonitor International.

Both Danone and Nestle are focused on parents in so-called lower-tier cities. Danone is bolstering its e-commerce business, since there are fewer retail stores that stock its goods in rural China, while Nestle is assessing which of its products can best capture demand in these areas.

In a statement, Nestle said it carefully chooses its ingredient suppliers. The company also set up a dairy farming institute in northeast China in 2014 that helps teach farmers to produce safe, high-quality milk.

Meanwhile, Chinese dairy companies are finding that some sort of association with foreign cows – real or imagined – can go a long way towards gaining market share. Chinese milk giants Inner Mongolia Yili Industrial Group and China Mengniu Dairy, which were both found to have batches of tainted milk a decade ago, are racing to build up foreign milk sources in a bid to win over local mothers.

“In the short term, seeking overseas milk sources is the most effective way for Chinese dairy brands to win back consumer confidence,” said Luo Yixin, a consumer analyst at Hua Tai Securities.

Among Chinese producers of milk powder, the only company that has managed to eke out any meaningful share since the scandal is Feihe International. It had 8.6 per cent of the market in 2017, Euromonitor said. Even then, Feihe’s success is probably tied to a branding campaign that implied a foreign provenance: until 2013, it was listed on the New York Stock Exchange and named American Dairy.

After reverting to its Chinese name and going private, the company’s top-selling product line, Firmus, emphasises that its milk is sourced from cows in the milk belt that spans from Wisconsin in the US to Hokkaido in Japan. Its cows are actually located in Heilongjiang in China’s northeast.

“Domestic baby milk formula has the highest quality in history and compares with the leading brands in the global market in technology, equipment and management,” said Feihe in a statement to Bloomberg. “We spare no efforts to improve the technology and enhance linkages with international dairy peers.”

Products made and packaged overseas can command a price as much double that of domestically produced milk, said UOB Kay Hian consumer analyst Robin Yuen.

In Australia and New Zealand, Asia–Pacific nations that promote their agricultural credentials, the 2008 scandal helped forge a new trading channel: China-bound infant formula sold through the mail. From Sydney to Adelaide, so-called daigou shoppers soon started clearing supermarket shelves of tins to resell them at a profit to Chinese mothers.

A2 Milk, named after a naturally occurring protein, was vaulted into China’s top league and Chinese demand now accounts for an estimated 50 per cent of revenue. There is little sign of demand dropping off any time soon, even after China introduced tighter manufacturing controls and, on January 1, new e-commerce rules that seek to formalise the daigou trade and make it taxable.

“We’ve got decades in this cycle and we’re right at the start,” said Keong Chan, chairman of AuMake International, a Sydney-listed owner of shops targeting Chinese buyers and re-sellers of Australian products including A2 Milk powder.

The next generation of middle-class consumers in lower-tier cities “could be an even bigger market than the first”, he said.

A spokesman for A2 declined to comment. Chief executive officer Jayne Hrdlicka said in an interview late last year that she saw “a huge opportunity” in China, as well as in the US.

But some consumers like Chen, the mother of two, may be lost to Chinese companies for ever.

“The most important criterion for baby milk formula is whether it’s safe,” she said. “I only choose international brands.”