The chairman of the China Securities Regulatory Commission, Liu Shiyu, has been replaced by the boss of Industrial and Commercial Bank of China (ICBC), state media reported on Saturday.

Liu has been given a new position as deputy party secretary of the All-China Federation of Supply and Marketing Cooperatives, Xinhua reported.

The watchdog chief was replaced by Yi Huiman, who was previously chairman of Industrial and Commercial Bank of China (ICBC), the country’s largest lender.

Yi will be replaced by Zhu Hexin, the vice-governor of the People’s Bank of China (PBOC), according to business and finance magazine Caijing.

Liu had been in charge of the CSRC since February 2016, while Yi joined had been chairman of ICBC since 2016, Xinhua said. 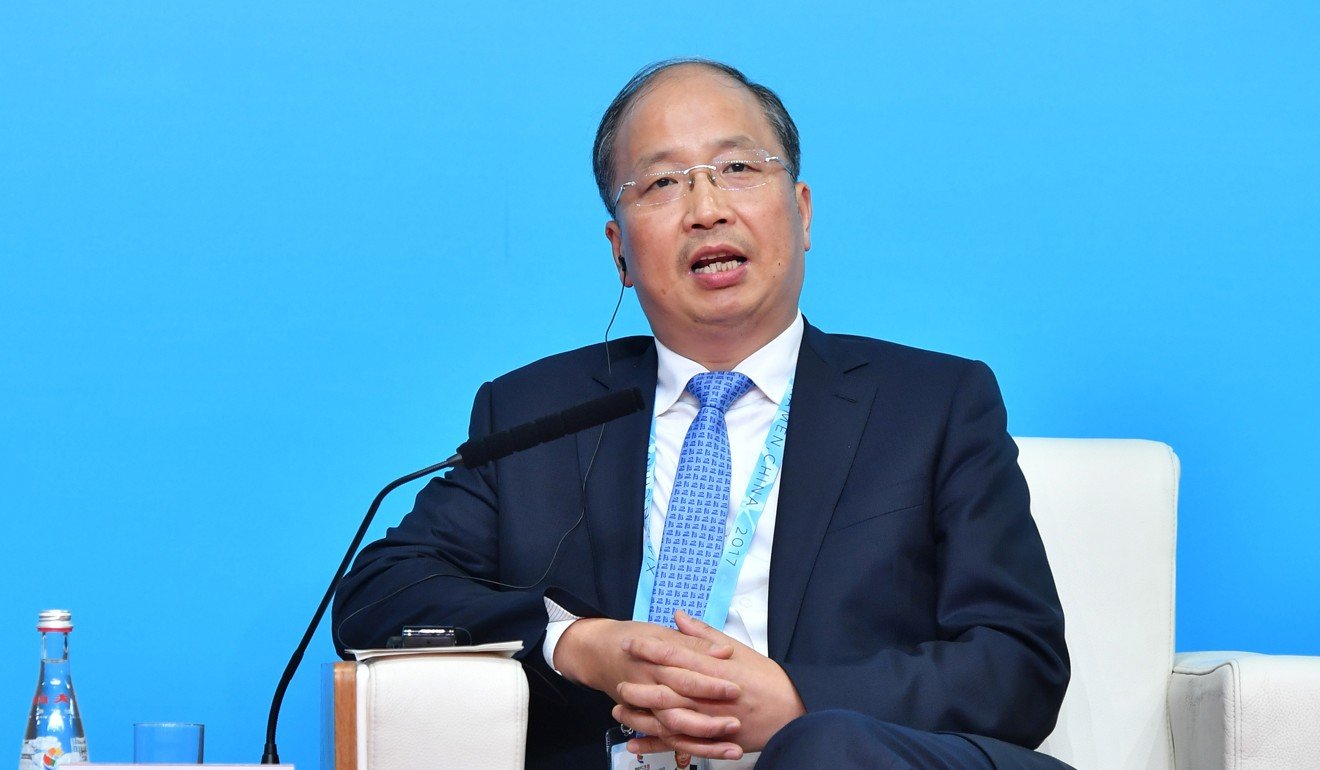 Liu rose through the ranks of the state banking system, spending most of this time at the PBOC after a stint as chairman of Agricultural Bank of China.

When he joined the CSRC the nation’s stock market was in turmoil. The Shanghai Composite Index, its primary gauge, was down almost 50 per cent from its peak eight months earlier and scandals were rife.

“I was shocked by the chaos I saw after I came into office,” Liu said at the time. “These so-called barbarians, demons, evil creatures or financial crocodiles have taken advantage of loopholes in the system and grabbed what they want by cheating or force under the cloak of legality at the expense of small investors.”

Should Beijing prop up stock markets to combat its slowest economic growth since 1990?

Under the direction of President Xi Jinping, Liu launched a series of investigations in a bid to snare those “crocodiles” – a name given to the high-powered financiers who pocketed billions by manipulating the market.

His bold public comments set him apart from his predecessors and made him the darling of the domestic and foreign media.

At the 19th National Party Congress in October 2017, when China’s lawmakers approved an amendment to the constitution to remove the presidential term limit, Liu openly applauded Xi for “saving the Communist Party” by foiling a coup plot by former political heavyweights.

It was the first time a high-ranking official had confirmed the widespread speculation that Xi had faced a possible coup when he first came to power in 2012.

Despite his promising start at the CSRC, Dai Ming, a fund manager at Hengsheng Asset Management in Shanghai, said Liu might now have fallen out of favour with China’s leaders.

“The top isn’t happy with Liu, who’s thought to be too conservative and whose excessive oversight of the market has led to a significant drop in market activity,” he said.

“He’s also a bit lacking in terms of innovation … [so] with the plan to shore up stocks and set up a tech board, it makes sense to have a new person take over.

“Yi has to be open minded and more innovative … [but] judging from his experience of moving up from the grassroots level, he appears to be a different breed to his predecessors,” Dai said.

“He will probably make the breakthrough with the technology board, further open up the stock market and loosen the restrictions on derivative products.”

Yi was born in a rural area of Wenzhou, in east China’s Zhejiang province, and is the first person to have risen through the ranks at ICBC – he joined in 1985 – to take the top job.

Wang Chen, a partner at Xufunds Investment Management in Shanghai, said the change of boss at the CSRC was unlikely to be met with a any significant market movement.

“As Yi is moving from the banking sector to the securities industry, he’ll want to familiarise himself with everything before making any major policy changes,” he said.

“But based on his experience of being promoted from the grassroots level, he seems like a person with a lot of determination to get things done.”

‘We will simply disconnect’: Mike Pompeo and the Australian TV appearance that caused…

China’s belt and road initiative: what is it and why is Victoria under fire for…

how Beijing steers its economy